I have other interests and activities besides videogames that occupy my time, so it’s uncommon for me to start games, much less complete them. I dislike adding to my long list of partially played games, and I rarely play games at launch anymore unless I’m extremely hyped. If I’m interested in a game, I make a note of it, then I eventually get around to playing it when certain factors (buzz, friend recommendations, time commitments, upcoming events, etc.) reach a point at which I feel I can no longer put off playing that game.

Here are notable games I played in 2014. These are also videogames that I actually completed or devoted a significant portion of time to.

The impetus for finally playing The Last of Us and its downloadable story pack, The Last of Us: Left Behind, was my impending participation in a panel at GaymerX2 about queer identities, which also included two panelists who work  at Naughty Dog. I knew they would be talking about characters in The Last of Us, particularly Ellie, so I wanted to understand what they were talking about. I’d actually had this game for a long time, but never got around to playing it.

This Sony PS3 game is set in a dangerous post-apocalyptic, former United States of America, where most humans have been infected by something bad that turns them into super-gross mindless killers. The military runs Quarantine Zones, one of the few pockets of relative safety that remain. You you play a violent and emotionally detached older man, Joel, who makes his living as a smuggler. Joel has to protect and escort a teenage girl, Ellie, to a nearby Quarantine Zone. The job doesn’t go quite as planned and the journey becomes much longer and larger in scope than Joel initially imagined.

Minus all the climbing that the UNCHARTED games have, the third-person action controls and cinematics in The Last of Us were quite familiar, which was nice. The survival action story was engaging and the characters mostly interesting and three-dimensional. Ellie is a great character and it was great to see the interpersonal dynamic between her and Joel. There were some interesting and emotional moments, especially when the story went in directions you may not have chosen had you been playing a different type of game. This is a game that tells a particular story, not one where you get to change the plot. The ending made me think a bit, debate, and it was somewhat open to interpretation. I liked that. 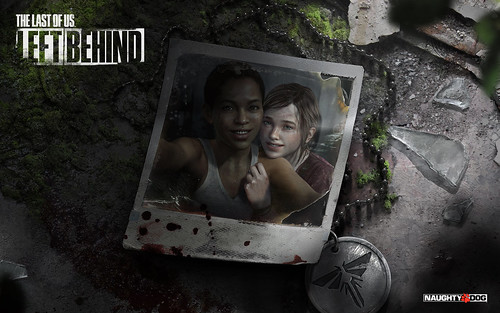 Ellie takes the lead in the downloadable prequel, The Last of Us: Left Behind. The story revolves around Ellie’s relationship with Riley, Ellie’s best friend who she grew up with in a military boarding school. Riley returns after a two-week disappearance and they decide to sneak out to have adventures in a nearby abandoned mall. The adventure goes sideways, of course, and neither of them are the same afterwards.

What I enjoyed about Left Behind is the exploration of Ellie and Riley as characters and their relationship. Facing the departure (whatever kind of departure that is) of a close friend/crush/girlfriend is hard under any circumstances, especially for kids, but facing it in a post-apocalyptic setting is something else. Ellie and Riley were wonderfully acted by Ashley Johnson and Yaani King. I felt like I was watching two actual teenage girls interact with each other. The jokes, easy conversation, emotional arguments, and everything were all well done.

If you have The Last of Us, you must play Left Behind.

All the critical acclaim and adulation from friends and acquaintances didn’t compel me to move Gone Home out of my backlog. Yep, I am a lazy gamer. The fact that fellow GaymerX2 panelists might reference Gone Home, did give me the motivation to complete this short game. 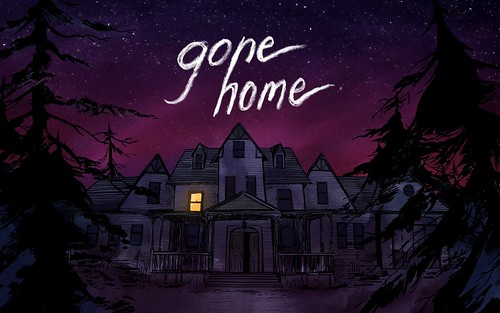 Gone Home is a first-person exploration story PC game set in the 1990s Portland, Oregon in the United States. The plot unfolds through objects strewn about and hidden throughout your family’s house. You have just returned to an oddly empty home from a year abroad. You explore the house to figure out what happened and where everyone is.

[There will be spoilers.]

The way the storytelling is conveyed, through the various personal paraphernalia in the house, is quite well done. I didn’t play many hidden object, puzzle, or point-and-click adventure games when I was growing up, so the conventions of this genre haven’t long been a part of my gaming vocabulary. I love exploration, though, and I quickly got the hang of what I was supposed to do.

As someone who was a teenager in the 1990s, Gone Home felt authentic and like a genuine blast from the past—Super Nintendo games, mix tapes, Trapper Keepers, riot grrl music, The X-Files fandom—it was all there, and so awesome. What also felt authentic is how Gone Home portrayed teenage relationships, from the joy of being best friends, to the developing giddiness of a crush, to the awkwardness and raw amazingness of first love. Gone Home featured some really solid acting from the cast. The emotions, the insecurity, the discovery—it all felt real. Media doesn’t often elicit strong emotional responses from me these days, but I could relate emotionally to and identify with the characters in Gone Home.

I am happy that Fullbright chose to convey a story of first love through the experience of two girls. As I mentioned before, storytelling from the perspective of queer teenage girls is exceedingly rare in videogames, much less any form  of media consumed by the mainstream. Gone Home is a refreshing departure from typical videogame tropes, and videogame culture is richer for it.

Gone Home is an important game, and everyone should play it.

Fantasy Life is a cute action role-playing game developed by Level 5 for the Nintendo 3DS. It is set in a land called Reveria, where meteorites with mysterious effects are causing chaos throughout the world. You’re tasked with saving the world from the effects of these Doomstones. 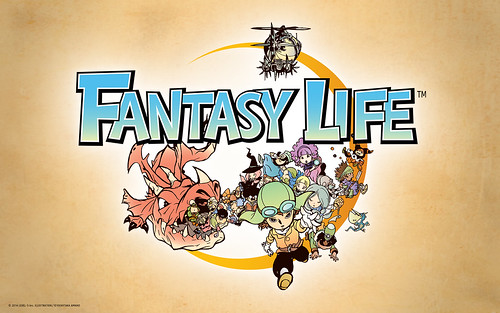 You choose one of 12 jobs or Life Classes that give you skills to help you on your adventure. Life Classes are categorized into combat, gathering, and crafting disciplines, and you can switch Life Classes during the game without penalty or losing progress in other Life Classes. Each Life Class comes with specific side quests, so while you have your main quest to save the world, there is quite a lot to do, especially with so many Life Classes available.

The story is pretty typical of the genre, but where Fantasy Life shines is in the localization of the funny dialogue. I am sure that there were a lot of puns that couldn’t be translated to English and still remain understandable, but I feel like they retained the humor. I think the team did a great job.

I’d like to make note of the character creation. I think it’s really cool that all hair styles and appearance options are available to female and male characters, including facial hair and no limitations on hair length depending on gender. You still have choose a gender, but at least you can create the character with the look you want. You can even create skinny or chubby characters. They could do a lot better on skin tone, though, because I think there were not enough options for darker skin tones.

I bought Fantasy Life at launch because I had been looking forward to it ever since I heard about the Japanese version from a friend. It sounded like a lot of fun and the art direction appealed to me. I thought it was going to be sort of a goal-directed Animal Crossing, but it doesn’t have a lot of simulation or customization elements like Animal Crossing does, all of which is totally okay. Fantasy Life is a lot of fun. I played Fantasy Life hardcore for a while just after it was released, but I haven’t completed it yet. I’m not planning on mastering all 12 Life Classes because I don’t want to invest that kind of time into it and I dislike crafting jobs. I would like to master a few of my favorites, like Wizard, Angler, and Miner, though.