It has been about eleven days since I started Animal Crossing: New Leaf, so I’d like to do a small review of my progress.

Like my other Animal Crossing towns in Animal Crossing: Wild World and Animal Crossing: City Folk, I named my town ‘Wayreth.’ One of the new features in New Leaf is that you are the mayor of the town. After character creation, Isabelle is one of the first animals to greet you in your town. She acts essentially as your majordomo or aide, informing you of citizen wishes, and helping you early on in the game. She oversees the ceremony commemorating the start of your mayorship. 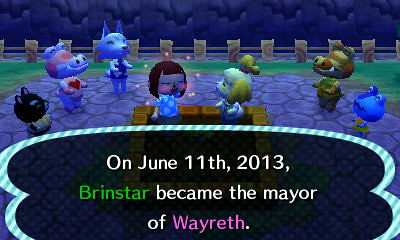 Abandoned by former mayor, Tortimer, who had neglected it even when he was acting as mayor, I found the town of Wayreth in great need of strong guidance. 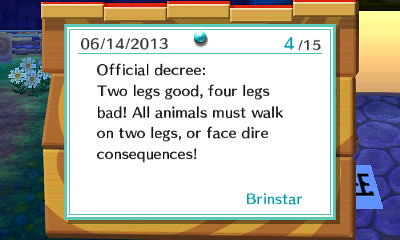 As I explored the town, I found that there was only one bridge across the river; Wayreth lacked sufficient transportation infrastructure. Immediately after paying off the down payment on my to-be-built home, I set off to begin my first Public Works Project, a bridge across the river, which runs West-to-East through Wayreth. Public Works Projects are funded by the residents of the the town, however the animal residents of Wayreth were not donating enough money to this project as quickly as I wanted. The citizens of this town are simple-minded and inefficient, so it was up to me to raise the 128000 Bells needed for the bridge. I was able to do this six days after I became mayor. It only took that long because I was also engaged in other activities, such as winning insect-catching competitions (see below). 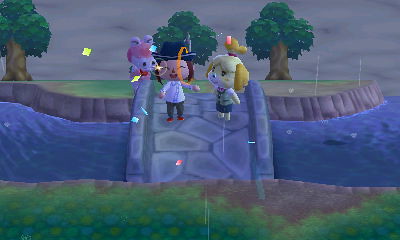 One day later, the animal townsfolk were celebrating the construction of another new bridge, again funded by me to the tune of 128000 Bells. These animals cannot say that their mayor doesn’t work hard for the good of the town. This brought the total number of bridges in Wayreth up to three, the maximum allowed by law.

Meanwhile, I slowly but steadily increased the size of my initially tiny home and started decorating it as is fit for the mayor. Here are a few photos of my house as of today (I caught that shark myself): 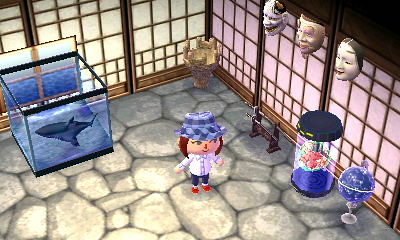 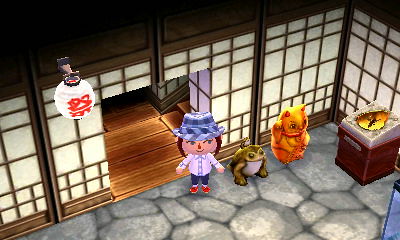 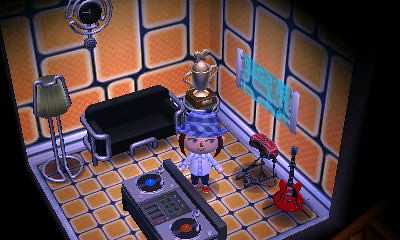 Note the trendy hipster attire: blue checkered fedora, white long-sleeved collared shirt (rocking the top button swag), cuffed pants, and red boat shoes. All I need is a pair of thick-framed glasses, but those haven’t come through to the Able Sisters store just yet.

To raise funds for Public Works Projects, home renovations, and staying on top of fashion, I hunt fish… 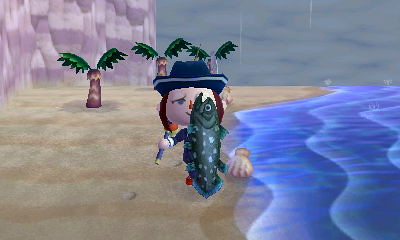 …and travel to the tropical island at night to hunt rare beetles. Exotic beetles fatch fantastic prices at the local shop, Re-Tail. 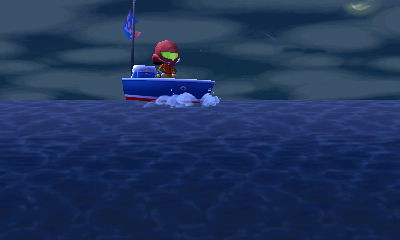 As mayor, I must of course participate in town social activities and events. I recently won the Bug-Off for catching the most amazing insect in town, a lantern fly of notable size and color. 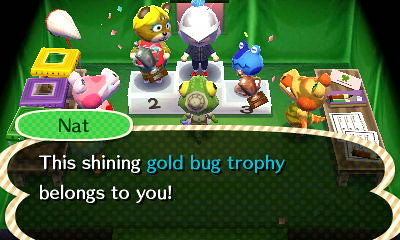 I also participated in the festivities of the Summer Solstice. 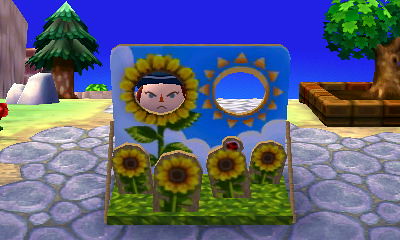 I can’t forget the ever-present home expansion loans, however. Being the mayor means that I must be a figure that the citizens of Wayreth can aspire to. I’ve been expanding my home  at a steady clip, and it’s fairly easy to earn a lot of money in Wayreth. So far, I have not allowed an unpaid loan to linger for too long, despite the fact that the local real estate magnate, interior/exterior designer/architect, and banker, Tom Nook, does not charge interest. 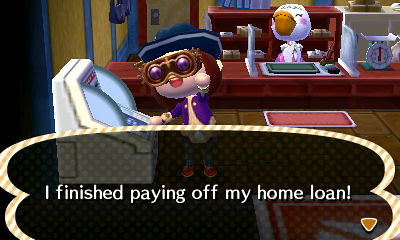 My citizens can see me toiling everyday. I work late, so I enacted an ordinance to establish Wayreth as a Night Owl town. Shops stay open later and citizens wander around at odd hours. Sometimes the citizens see me toil for so long that they make comments about my appearance. I don’t feel bad about it, though. Whitney only says those things because she cares. 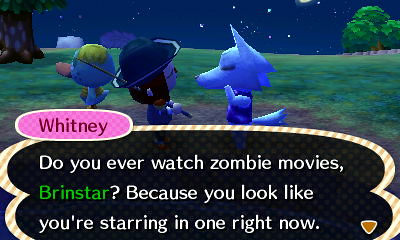 I still make time to relax and pursue hobbies, such as cosplaying. Here I am wearing the armor of noted bounty hunter and galactic hero, Samus Aran (also note the infamous enemy of Samus Aran, the deadly metroid, floating in the stasis tube): 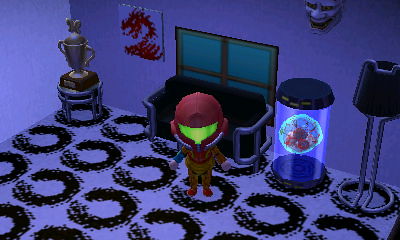 I am thoroughly enjoying my rule over Wayreth so far. I’ve invited internet friends over to play, acquired all the different kinds of fruit you can get, and had a fairly easy time of bending these talking animals to my will.

You can find more photos of my Animal Crossing: New Leaf adventures in my Flickr gallery.