by Brinstar on 7 September 2008 in Events

I didn’t take nearly as many pictures this year as last year because I was working at the convention, but here is the photoset anyway.

The Bethesda booth to promote Fallout 3 was very impressive. They brought in an old 1950s trailer, put a white picket fence on one side, and plonked a 1950s style nuclear family on the inside of the fence. 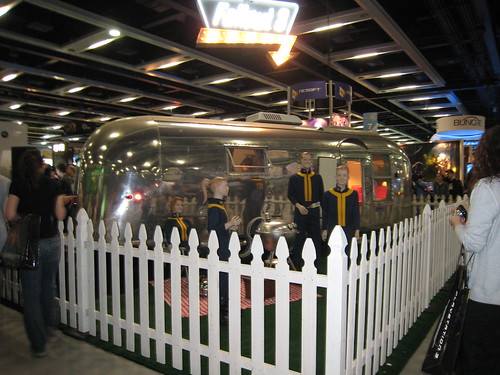 The inside of the trailer was a lounge furnished in the 1950s style, complete with TV where I guess you could either watch the demo of the game or play it. 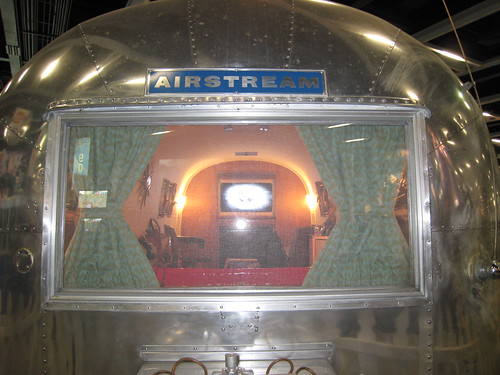 The SingStar presence was at the back of Sony’s booth. There was a stage where you could try out the game to win copies for the PS3. 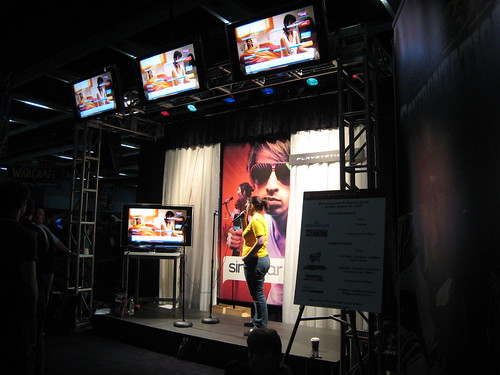 At the ArenaNet party, some fans created a big furry statue of a charr. 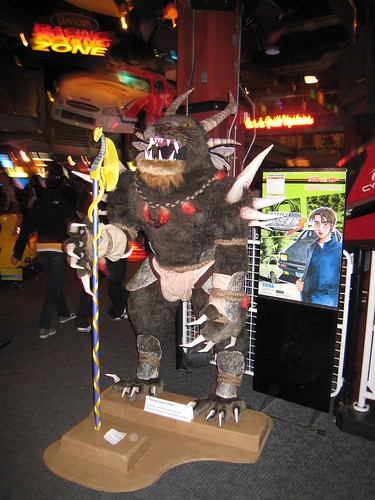 Two Guild Wars cosplayers at the party were dressed as a Monk and Gwen: 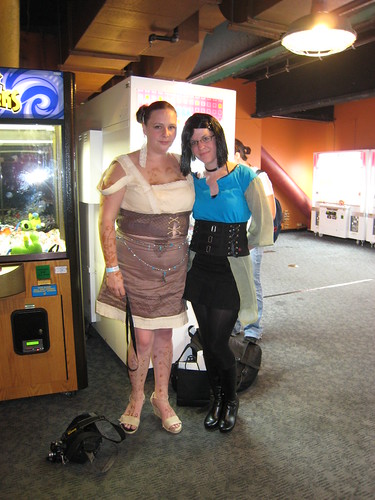