by Brinstar on 25 August 2008 in Portable, Reviews

I have been using the standard DS Lite stylus that came with my portable console for over two years. I decided to get a new stylus, but not just any stylus — oh no! I bought the PDA Panache Pro Stylus upgrade for the Nintendo DS Lite (also available for the original DS).

The main thing that differentiates this stylus from common styli you see in stores is that it is made of metal — solid, chrome-plated brass, in fact. The tip of the stylus billed as an “advanced screen-safe” tip, so for people who don’t have screen protectors on their DS, this may be a selling point. The tip comes in either black or bright, EasyView, orange. As it’s made of brass, it is heavier than other styli, but this is the feature that makes PDA Panache stylus such a joy to use.

Here it is with my DS Lite: 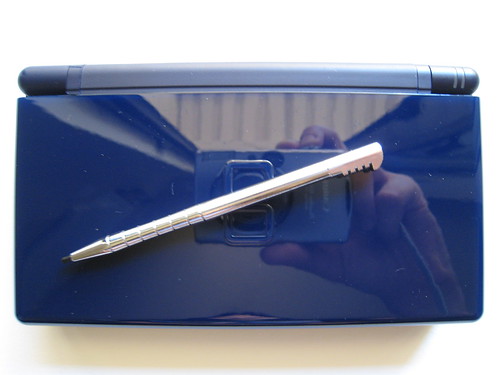 A picture of the tip (I chose the black one): 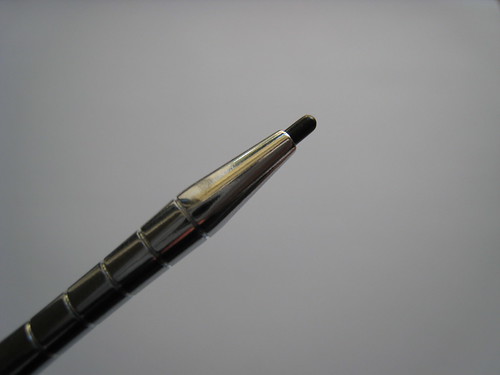 A picture of the end: 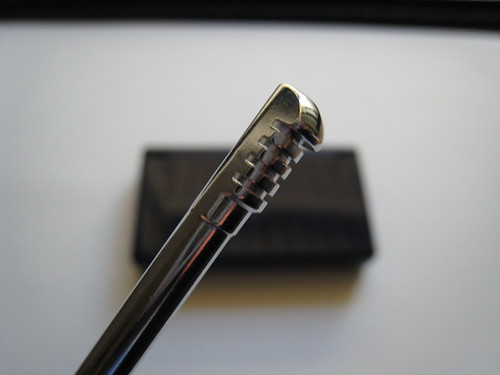 It took me at least a play session or two to get used to its weight, but once I did, I didn’t want to go back to my old plastic stylus. It is slightly thinner than the standard DS stylus, but I quickly adjusted. Before I got used to the weight, I sometimes felt that I was overcompensating for its this, and I was paranoid I would inadvertently tap too hard and damage the touch screen. After a few sessions, I had no problems with the heavier weight.

The only drawback to the PDA Panache Pro Stylus is its price point. $15.95 plus shipping is not a small amount to pay for a stylus. You get two free styli with your DS, and a number of console accessories, such as carrying cases and screen protectors, come with extra styli. If you pre-order DS games, they will often give you a special stylus as a bonus. Low cost or free styli are not hard to find.

Despite the price, I’m quite happy and satisfied with this purchase.

← Demo: Star Wars: The Force Unleashed
It’s Off to PAX I Go →