I don’t think Santa Claus exists, because I wrote a very eloquent letter a couple years ago asking for the First 4 Figures limited edition Samus Aran Varia Suit statue, but he didn’t come through.

First 4 Figures are at it again, and they’ve produced this completely awesome limited edition Samus Aran Phazon Suit statue, complete with over 25 internal LED lights and mirror base. 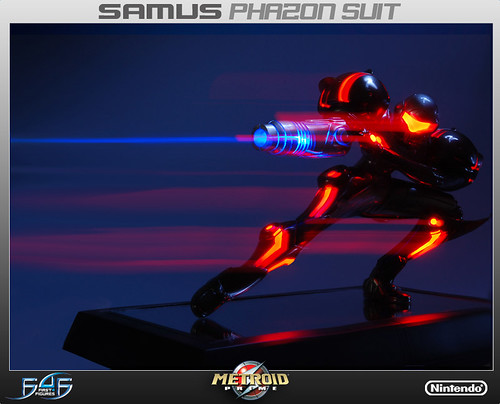 [Thanks, Twyst, for the tip and for starting my morning off with an internal struggle to stop myself from getting my credit card out. Must. Resist!]

EDIT: Shit. Okay, I pre-ordered it. They won’t be charging my card until the statue ships though, which is nice.